He was born as Sripathi Panditaradhyula Balasubrahmanyam into an orthodox Saivite family on June 4, 1946 in Konetammapeta in the Nellore district of Andhra Pradesh . He is the second son in a large family of three sons and five daughters. His father S. P. Sambamurthy was a well-known exponent of Harikatha and his sister S.P. Sailaja is a former actress-singer in Telugu.

When he was 21, he fell in love with the daughter of the owner of the house he was staying on rent. His parents objected to their union as the girl was of same "Gothram" (lineage), as this was prohibited in conservative Brahmin families. They eloped and got married at Simhachalam, Andhra. The name of his wife is Savithri. The early days of the couple at Chennai was very difficult and tough. The couple have two children namely Pallavi and Charan, who has a production company named Capital Film Works.

Balu took to singing as a hobby during his childhood. He developed an interest in music very early in his life, and had studied notations and learnt to play instruments such as harmonium and flute on his own while listening to his father. His father wished that Balu should become an engineer which brought him to Madras, where he enrolled for the AMIE course. Meanwhile, he also pursued his hobby and won awards at many singing competitions.

In 1964, a Madras-based Telugu Cultural Organisation, organised a music competition for amateur singers. Balu won the first prize, and that proved a turning point in his life. Music director SP Kodandapani took him under his wing. Then offers poured in from Telugu, Tamil, Kannada and Malayalam movies.

Balasubrahmanyam made his debut in film music as a singer in 1966 with Sri Sri Sri Maryada Ramanna, a film scored by his mentor Kodandapani. He has sung more than 39,000 songssince in more than 5 different Indian languages including Telugu, Tamil,Kannada, Hindi and Malayalam. However, he has sung most of his songs in Telugu. He holds the Guinness record for having sung the most number of song recordings by any single male singer (the corresponding record for a female singer is held by Lata Mangeshkar).

A gifted singer, he is highly regarded for his incredible vocal range, deep rich voice, and mastery of style, technique and control. These qualities allowed him expression across various genres of Indian music, and he has been highly sought after by many of India's film music composers. His approach to singing is methodical; he perseveres to understand the full meaning of the songs that he sings (many of which are very poetic) and the settings in which these songs are couched in order to most effectively match their requirements with his vocal delivery.

SPB is fairly well-versed in the Hindi language, though many times criticized for his bad pronunciation, and has also sung in various other less familiar languages such as Bengali, Tulu and Oriya. He feels that vocal gimmickry cannot mask incorrect accents, and while he concedes that his accent and diction in Hindi are not perfect, insists that accent is secondary to singing within the context of the proper emotions required of the lyrics and moods. He welcomes modern technology in music making as it enhances both speed and results. 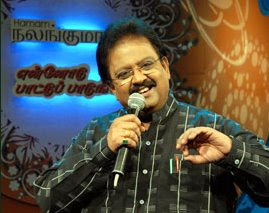 He has performed both the popular and classical music of India. For example, the songs he performed in the films Sankarabharanam, Sagara Sangamam, Rudra Veena were based on Carnatic classical music, and the song Umandu Ghumandu in the movie Ganayogi Panchakshari Gavayi was based on Hindustani classical music. 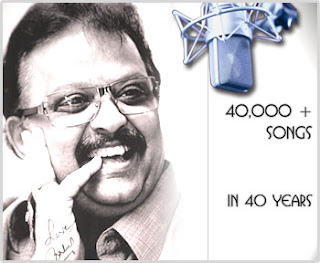 He was the hero of the following movies:

He has also acted in two serials in Tamil

As a Music Director 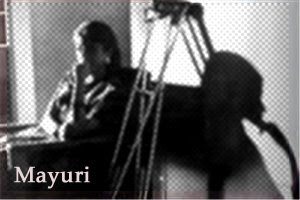